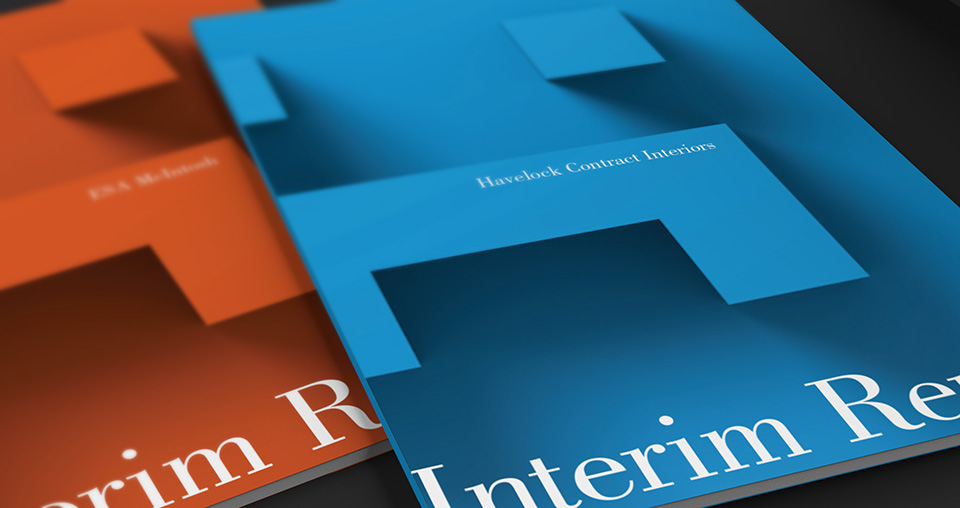 Havelock Europa is one of UK’s largest interior design and creation business. They realized the importance of creating a quickly noticeable, simple brand identity which is derived from the creative principle they work in.

First, a face-lift of their current corporate identity was proposed. The core of the idea came from the principle of “creating spaces” and the importance of proportions. The Capital “H” of the logo appears in 3 dimensional space with shadows defining it’s outlines rather than actual contours or colours.

The letter “H” also establishes a proportion system which determined future layouts and visual structure of every branded material. The two dots at the top of the “H” forms the core unit of an invisible grid system to drive and plan the location of further elements on the page or on screen.

Havelock embraces various individual companies under their umbrella. The idea to bring them together visually called for the use of the same grid system and to create simple and easily recognizable icons within the same rules. Each icon represent an individual company.

A bright and simple responsive layout was designed to their website with consideration of usability and easy access to relevant information. 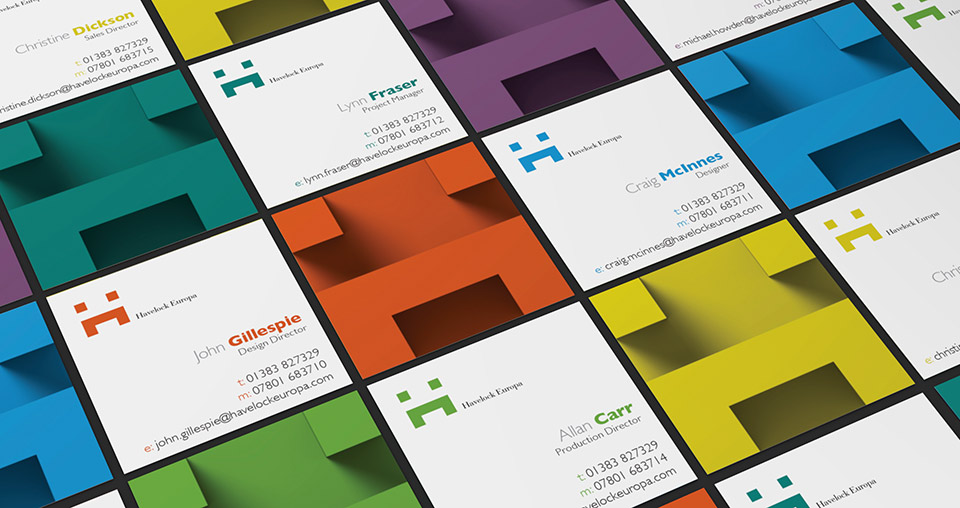 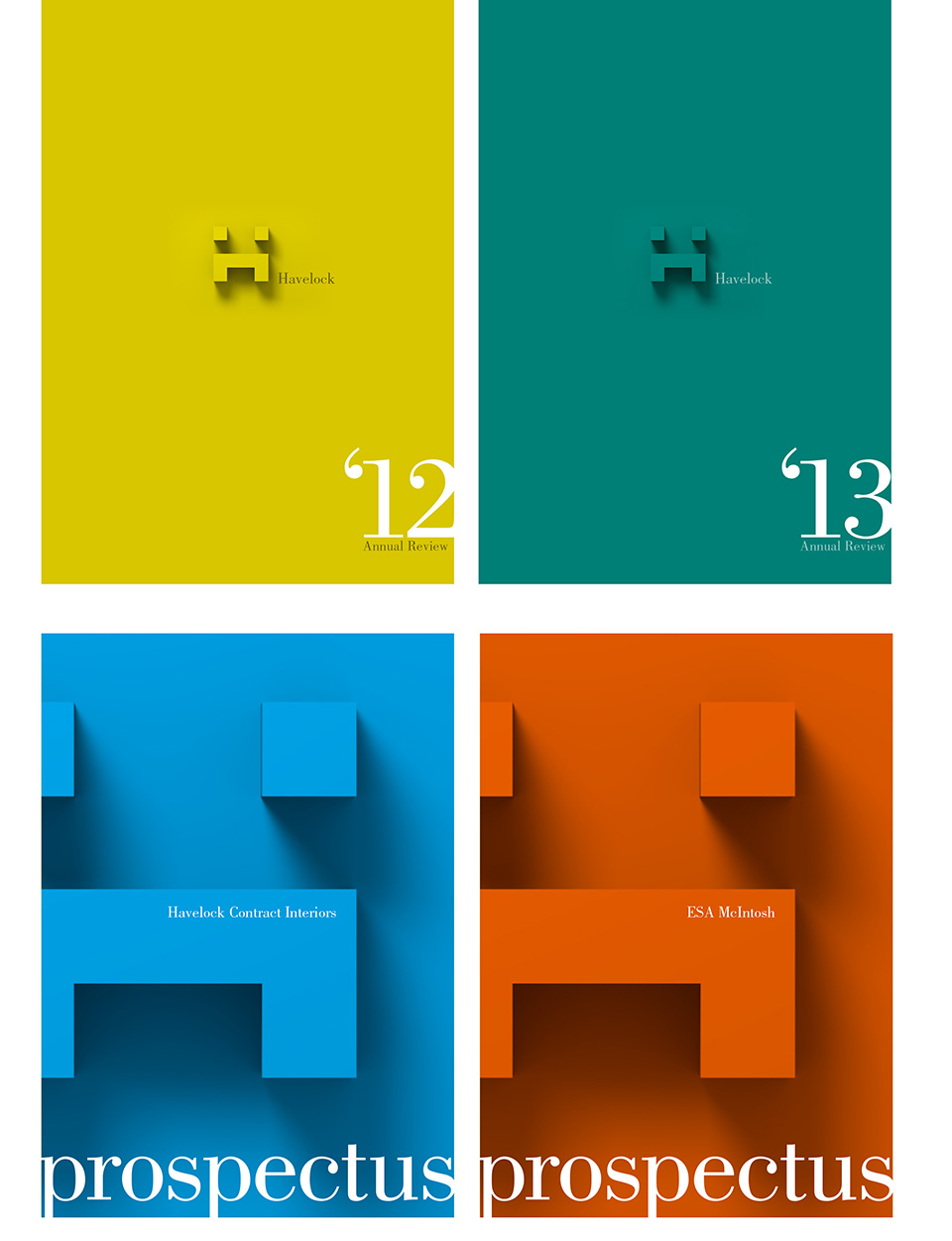 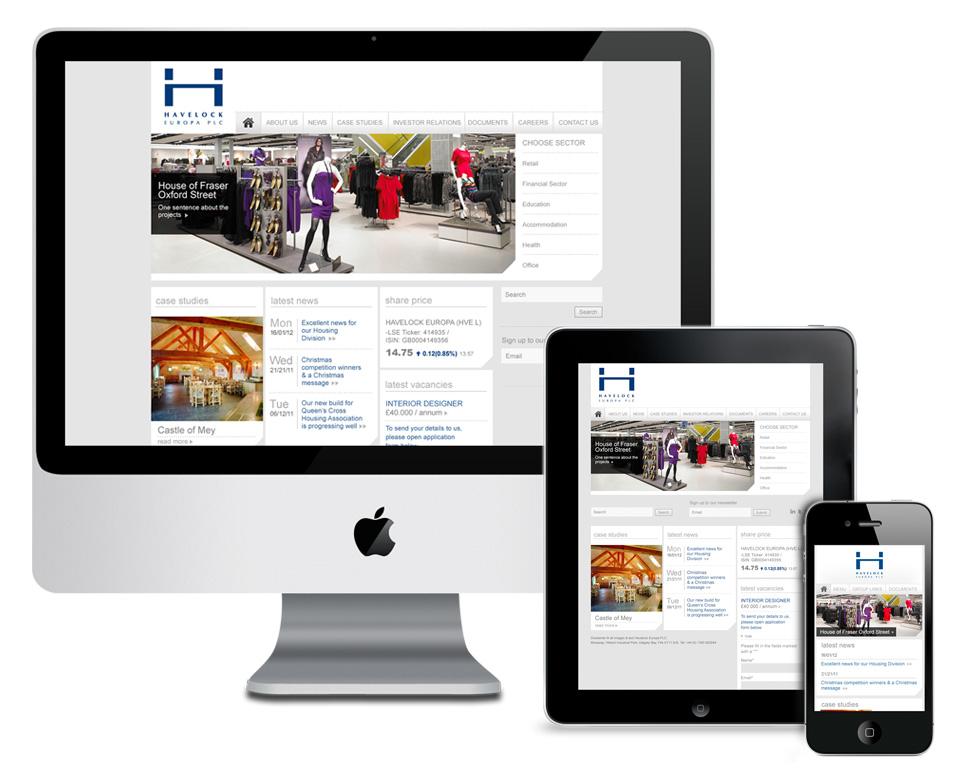