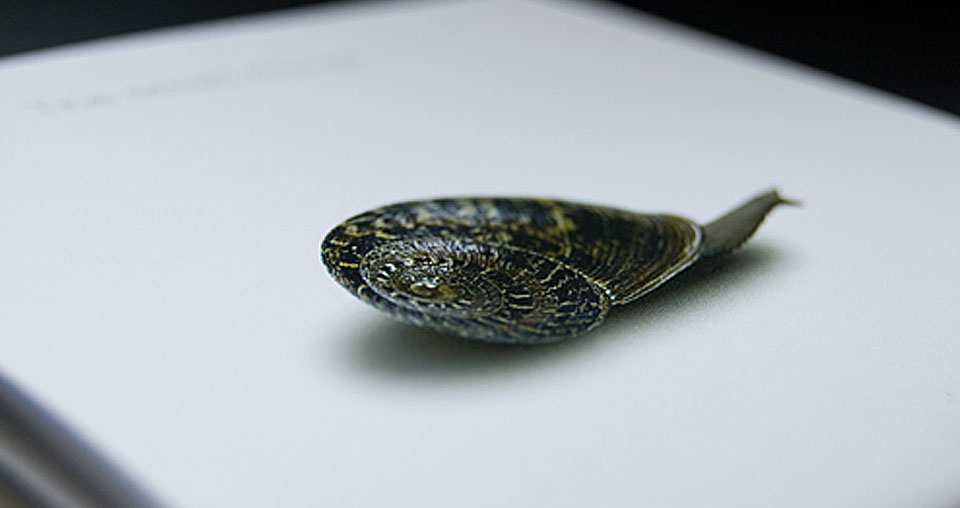 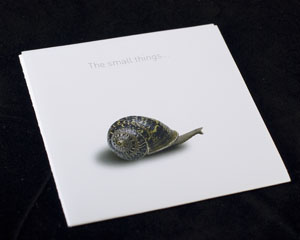 This small, square flyer was created to be the core promotional material of a campaign for Strathclyde University’s campaign for the election of the new Student Association President.

The small, square format leaflet with a single snail shell on the cover generated curiosity in passersby, encouraging them to pick it up.

The unique order of pages caused by the specific diecut, led the reader through the various parts of a sentence (“The Small Things has bigger significance than you would think”) while the “animated” illustration progressed and the core content was revealed. When all pages were opened, the flyer formed a three dimensional cube (resembling to a ballot box) where the various sides displayed the phases of the “animated” illustration and the accompanying parts of the main sentence.

Apart from giving information and encouraging students to take part in the event the flyer engaged them to play and eventually to keep it.

The snail with the trunk appeared on whole range of the supporting materials, like posters, T-Shirts, webpages and e-newsletters. 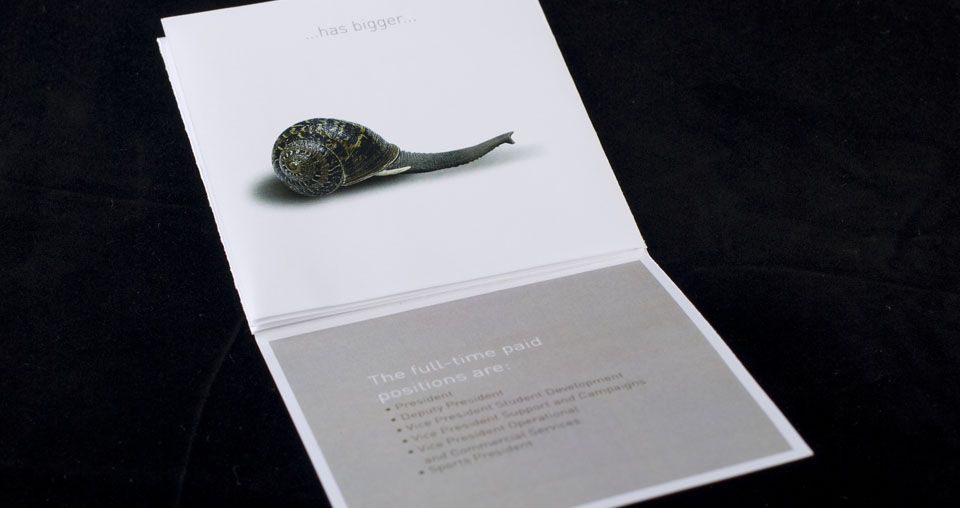 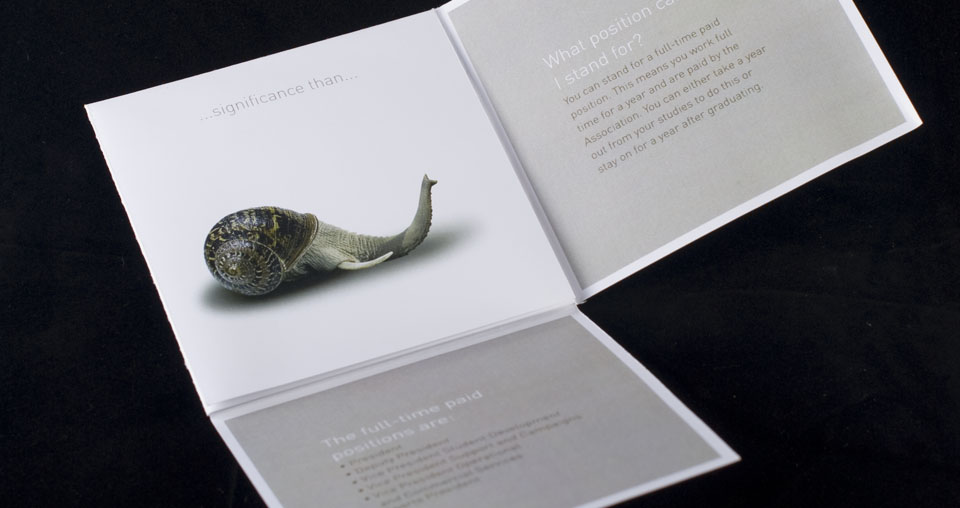 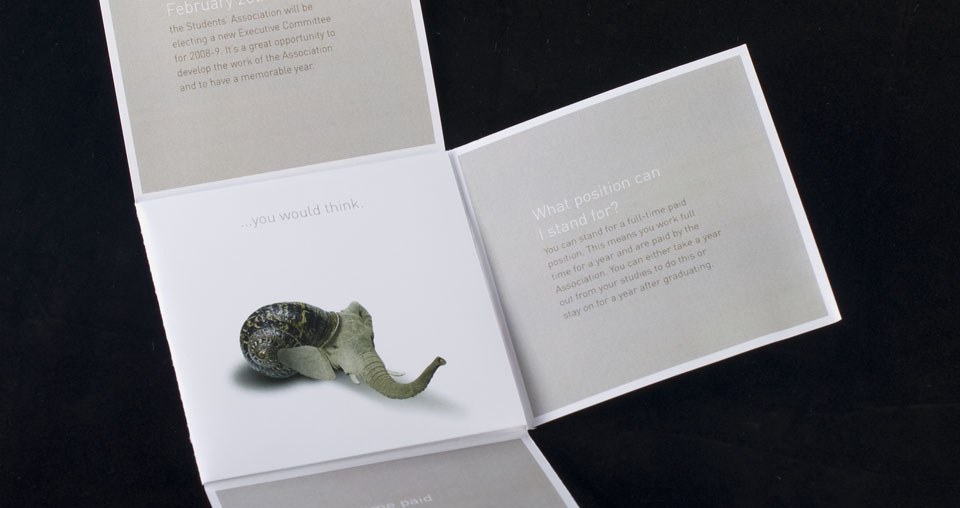 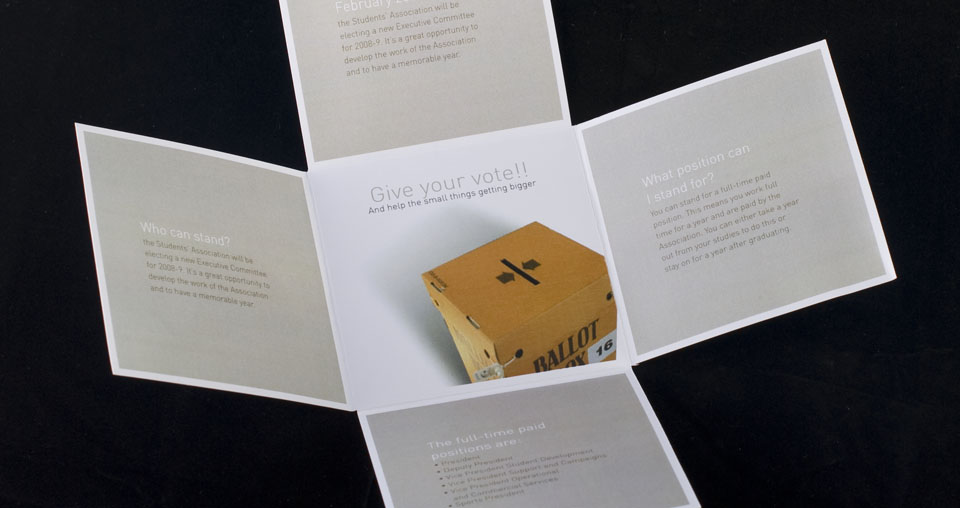 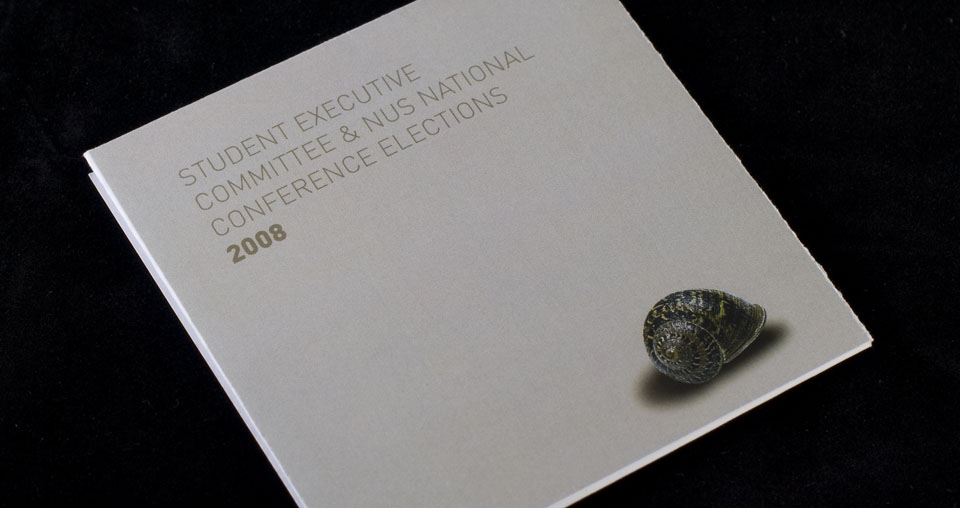